Following the most recent UK Government guidelines with regards the COVID-19 pandemic, we have ceased our general production until further notice. During this time we will be running a limited production line dedicated to supporting the NHS & critical national infrastructure.

If you have any enquiries contact us on 01246 472 949 or sales@specialisedcanvas.co.uk and a member of our team will be happy to help. 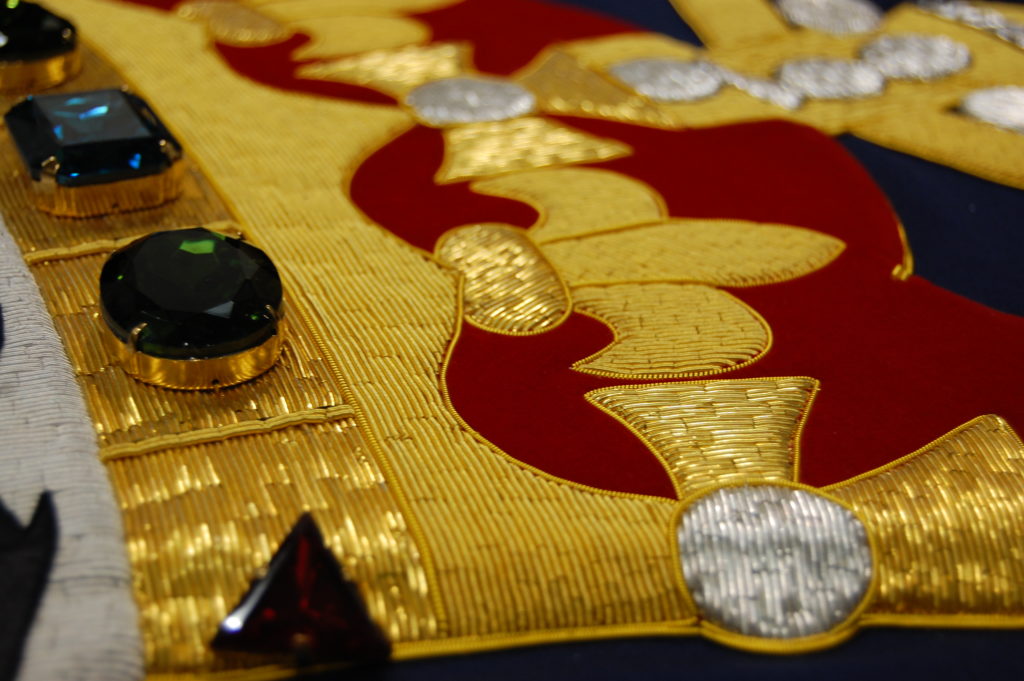 Specialised Canvas Services were recently commissioned to produce a very special one-off coffin drape for the Metropolitan Police Service. This will be held in store and used for a death in service on special, high profile occasions.

The drape was made from a rich, dark blue heavy poly-cotton material with the Metropolitan Police crest being elaborately and sumptuously hand embroidered using a combination of both gold and silver bullion thread.

It really is an absolute work of art and has something of a ‘wow’ factor. The glimmering crest is huge and occupies a large part of the drape, itself 12 feet long and just over five feet wide. The crest incorporates The King Edward crown, itself embroidered and requiring real skill and patience, with the MPS shield below. The crown  includes a set of artificial precious stones which complete the overall effect.

Understandably, with such intricate and complex stitching required and as a job which deserved the full attention and concentration of those who worked on it, over 200 hours were spent ensuring the result was one to be proud of. This was the first of its kind and is therefore unique.

Indeed, Trevor Mannion, Operations Manager for the Metropolitan Police Service was suitably impressed as the drape was unfolded from its specially purpose-made, strengthened holdall  and revealed to him. Two of our colleagues visited the MPS offices to deliver the valuable drape in person, which was appreciated. 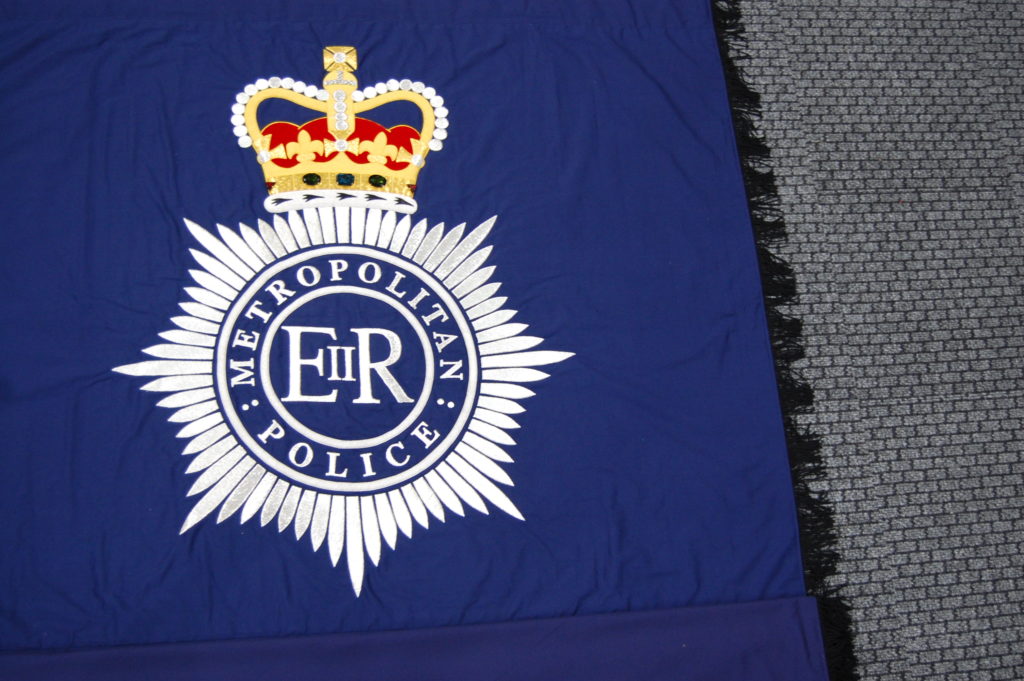 Trevor thanked us for hand delivering the MPS Coffin Drape at their London HQ, which he said was well worth the wait, adding that ‘it’s a work of art.’

He went on to say that, ‘In addition, the blue special holdall is a very nice touch which will keep the drape safe for many years to come.’

He finished by asking, ‘Can you please pass on our grateful thanks to all your staff and teams within SCS group for producing such quality work.’